This post will be slightly later than usual, apologies for that. It’s also slightly different from the normal “off I go by myself to somewhere random” posts I appear to churn out on the regular, but nonetheless I hope it’ll be interesting/useful?

Also, due to my poor memory and crap phone camera, I’m going to have to rely mostly on Google images for certain aspects of the trip, but all credit will be given where due.

Mr Roams’ lovely parents recently celebrated their wedding anniversary and very kindly invited us all to Disneyland Paris to celebrate. I was *ecstatic* as I’ve never been to any of the Disney parks, but it’s been a long held dream of mine ever since I saw this promo on a VHS in the early 90s:

(Michael Jackson… wow, that promo has not aged well)

For personal reasons I’m not going to document this trip, but it was as amazing as you’d expect 🙂

Now, before we start, I’m fully aware there are literal professional Disney bloggers out there (The Disney Blog, Disney Tourist Blog, Planning the Magic, Polka Dots and Pixie Dust to name a few….), so I’m not about to jump headfirst into Disney blogging. I genuinely wouldn’t know where to start. But what I *can* do is tell you what we ended up doing, as well as touching on what we did afterwards, so if you fancy reading about that, carry on!

We flew out to Orlando on the 30th March via the Virgin Clubhouse at Gatwick  (reviewed extensively in the Cuba post, and yes, I did drink as much champagne as last time). Premium economy once again was a dream, and has spoiled me for any future flights I may take, so that’s fun, but we got to Orlando at around 5pm local time, and immediately headed to the hotel. We chose to stay at a non-resort hotel (Wyndham Lake Buena Vista, next to Disney Springs) which was a great little hotel and a good location for exploring the parks. It was a five minute walk from Disney Springs, really lovely decor, and was fairly reasonably priced, which was a bonus considering I’m currently bankrupt from that trip.

The lobby of the Wyndham. Smelt really good, which I know is what you ALL look for in a hotel…

From there, we managed to explore the vast majority of the Disney World parks – my review of each below…

The classic Disney park, complete with the Cinderella castle, Main Street (a replication of an American town at the turn of the 20th century), Fantasyland (fairy tales), Liberty Square (quintessential historical American square) , Frontierland (Wild West themed!), Adventureland (Pirates of the Caribbean/Tiki Rooms – a focus on adventure and travel), and Tomorrowland (focus on the future/Walt’s idea of what the future may look like). As you can imagine, this place was completely rammed – possibly too many people at some points – but the Fast Passes saved our asses and enabled us to split our time in the park between all of the different ‘lands’.

My favourite part of the MK was definitely Tomorrowland (although Frontierland was also super fun – Splash Mountain may as well have been renamed Soakin’ Mountain). I have a mild fascination with anything future-related (which may be why I ended up in tech), and it was awesome to see how Walt thought the world would be in ‘the future’. The 60s influences were big – I’m not sure the PeopleMover is ever going to take off, sorry Walt… 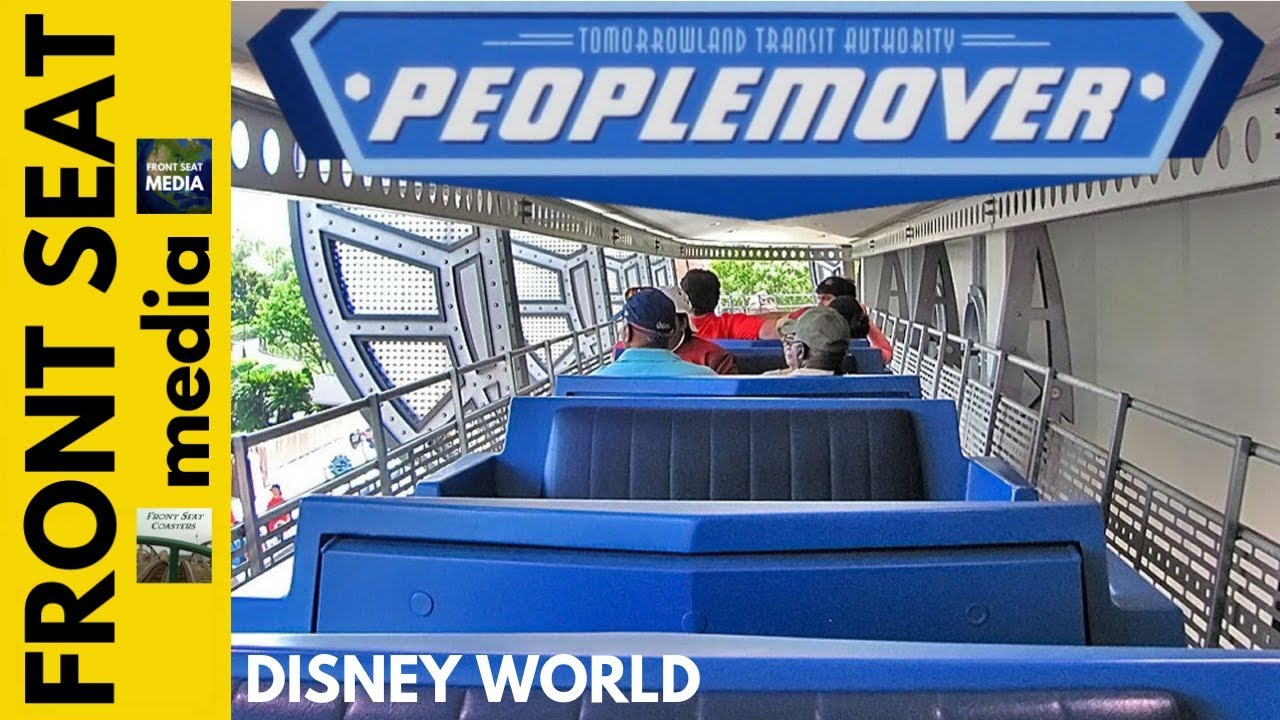 Other highlights of the MK were Splash Mountain (as mentioned earlier), Pirates of the Caribbean (classic). It’s A Small World (also classic), Carousel of Progress, and all of the frankly adorable shops and small cafes on Main Street. Loved MK.

Epcot stands for Experimental Prototype Community of Tomorrow, and is based on an unfinished concept by Walt Disney around the future of urban living in America. I’ve gotta say, although it felt slightly random in parts, Epcot was by far my favourite of the Disney parks. Half of Epcot focuses on a ‘World Showcase’, and y’all know how much I enjoy travelling, and the other half just has a lot of really cool content, mostly around the future and technology. In the heart of it all is a massive golf ball. I mean, what’s not to love?

The World Showcase is a selection of replications of countries – namely America (duh), Japan, Morocco, France, the UK, Canada, Mexico, Norway, China, Germany and Italy. The most impressive replications in my eyes were Japan, France, and China – I also really enjoyed Mexico. The UK was predictably disappointing (a number of countries had awesome rides and wonderful panoramic films… the UK had a Beatles tribute band. Shit.), and I also thought they probably could have done more with Italy, but on the whole I loved the World Showcase. The food and drink was great, and I loved how each country had employees from that specific country working there. A really nice touch. There was also the Epcot passport which I was very excited by, possibly too excited for my own good (and yes, I got all the stamps, yaaaaas).

The Future World part of the park focused on the future of the world (duh?). There were sections of the park focused on the sea, land, space, innovations and technology… and my favourite ride ever, Soarin’. My god, did I love Soarin’. I dragged Mr Roams on it quite a few times, because it is the best ride at Epcot (bar maybe the Avatar ride at Animal Kingdom, which will be touched on below). You’re suspended over a platform and are subjected to a beautiful film exploring all four corners of the world – complete with gentle rocking and some scents and special effects in parts. It’s just amazing – I’m really not selling it. 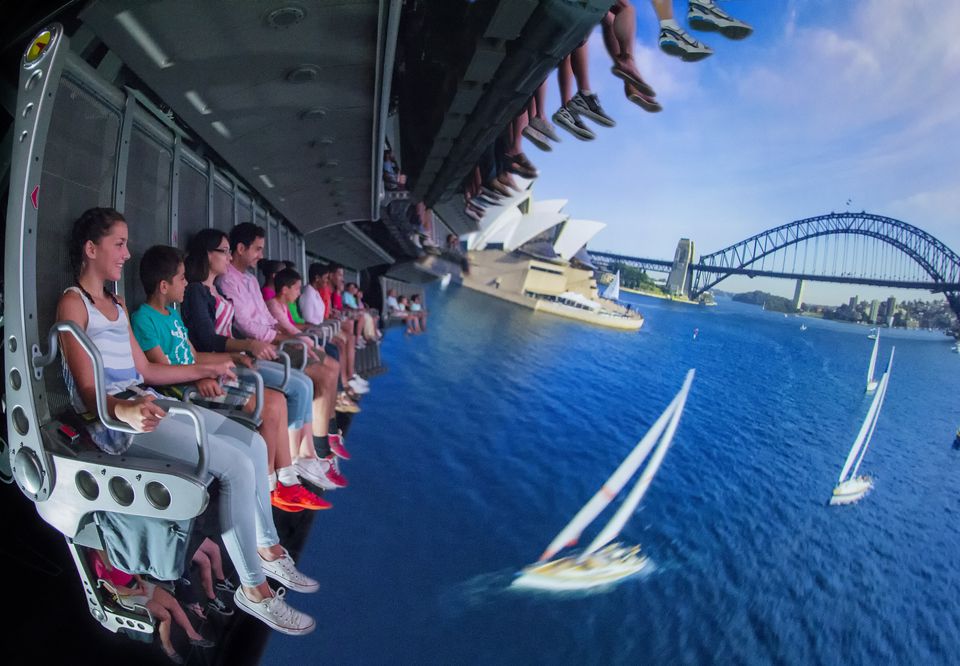 There were some other bits and bobs in the park which were quite cool – Mr Roams particularly enjoyed the Chevrolet-sponsored Test Track, where you get to build a virtual car then ‘test’ it – and all-in-all I really enjoyed Epcot. Top park fo’ sho’.

Animal Kingdom is by far the largest park in the Disney suite – in terms of acres, content, and animals! As the name would suggest, this is the ‘nature’ part of Disney World, with an emphasis on animals, nature, ecology and the environment, but there’s also a divergence to the continents of Africa and Asia which fitted in nicely with the theme of the rest of the park. We visited a couple of times, most notably at night as part of the ‘Disney After Hours’ event, which was *amazing*.

The park is centred around the Tree of Life on Discovery Island (above) which is a beautifully carved sculpture of a baobab tree. From there, you can go to the following areas:

The rides include Flight of Passage (an Avatar themed ride similar to Soarin’ which was incredible), DINOSAUR (absolutely terrifying), It’s Tough To Be A Bug (a 4D show which I absolutely hated, but little kids around me seemed to love, go figure), Kilimanjaro Safaris (amazing genuine safari around the animals in the Animal Kingdom. Lions, tigers and flamingos, oh my!), Kali River Rapids (take a poncho or just plan on getting wet), and Expedition Everest (a Nepalese mountain trek themed rollercoaster).

I really enjoyed Animal Kingdom but I felt the other parks may have had more to offer in terms of rides, so if you want to go on a load of rollercoasters, you may be better off going to Magic Kingdom. Just my two cents.

Last but not least, Disney Hollywood Studios, which is basically Disney’s homage to Hollywood and the film industry – indeed, there used to be actual animators working there. There is a LOT to see and do here, some of which I don’t feel really belonged there (Rock and Rollercoaster isn’t film themed, for example), but it was still a great park with a lot of different attractions.

The park is split into a few different areas, as are most of the Disney World parks:

My favourite ride here was 100% Rock and Rollercoaster, and 100% not Tower of Terror, which I had a panic attack on as I hate drop rides with a passion (I’ve watched far too many plane crash documentaries for it to be an enjoyable experience). However, it was Mr Roams’ favourite ride, and I have to say the theming was exceptional. We both loved Rock and Rollercoaster though, and I’m gutted the Paris one will be replaced and rethemed with the Avengers soon. You can’t beat Steven Tyler, and to be honest you shouldn’t even try.

Overall, I bloody loved Disney. I felt like a child again in the best possible way (no Benjamin Button here), and I could relax for a little while without worrying about the outside world too much. The only issues for me were the crowds/queues, and the price of everything – but as Mr Roams and I always say, you work to enjoy yourself at the end of the day, and nobody wants to be the richest skeleton in the graveyard.

After Orlando, we drove down to Miami to attend a work event for me, and we then parted ways briefly – Mr Roams in New York for work, and me back to DC to visit the family I nannied for a few years ago and spend time with them and other family friends (see my DC post from 2016 here). We couldn’t have asked for a better two weeks really, and I know I’ll be remembering my first Disney trips for a long time. I’m still not turning into a Disney blogger though.